Link to Map of Lake Rescue

Lake Rescue is located in Windsor County of south central Vermont. Occupying 180 acres (73 ha) and reaching depths of 95 feet (29 m), it is the tenth-deepest and 23rd-largest lake in the state. Lake Rescue is located along VT Route 100 about three miles north of Ludlow and Okemo Mountain, and it is surrounded by the town of Ludlow. The lake is fed by the Black River and is the third of four lakes extending from Plymouth, Vermont through Ludlow, with Lake Amherst and Echo Lake to the north and Lake Pauline to the south.

The northern section of the lake, connected to the main body via a shallow channel, is referred to as Round Pond. The lake is used year-round predominantly by the residents of the approximately 110 lakeside homes and camps who enjoy swimming, waterskiing, fishing, sailing in summer and ice-fishing, skating, and snowmobiling in winter. Although no public swimming beaches exist, the lake does have a state-maintained public fishing access point where boats can be launched. Fish include bass, perch, brown trout, rainbow trout, pickerel, and sunfish. A "horseshoe" dam separates Lake Rescue from Lake Pauline, over which passes the well-known and much photographed Red Bridge, built in 1835. 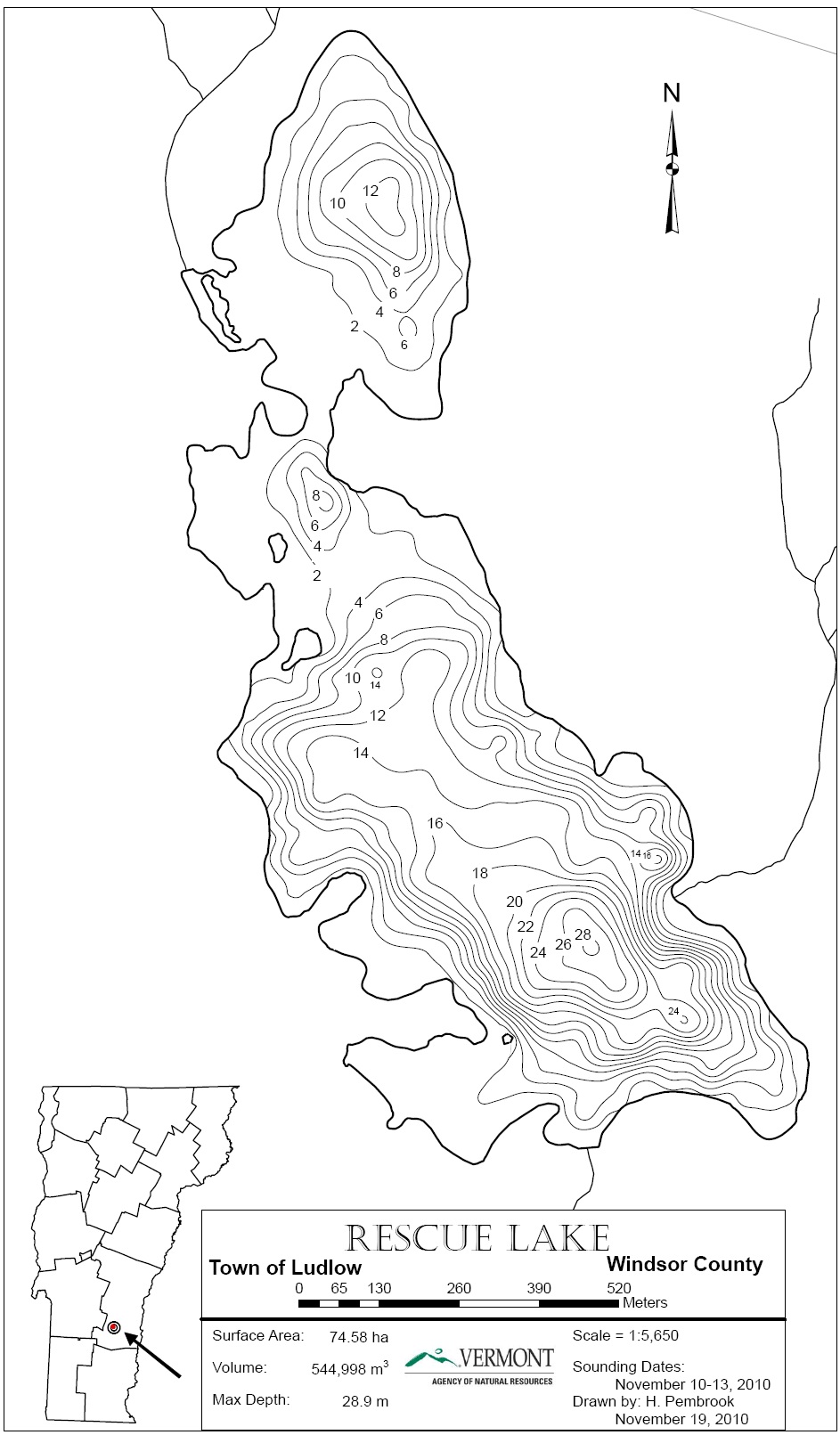